Hello, it has taken a long time since this blog has been updated, so let`s try a bit: summer camp started in the end of June, trying to head to Sjoa area, but after a dialogic discussion on a ferry crossing the baltic we thought that when everybody seems to agree that there is no water at Sjoa we take diesel and go to Hattfjelldal.  Well, Trofors actually was the main headquarters.


Scenery is of course amazing and the area is a bit more remote compared to Sjoa. Campsites are awesome, if you know  where to look. We found ours by river Vefsna. Well, we stayed one night also by the railroad track, not recommendable. 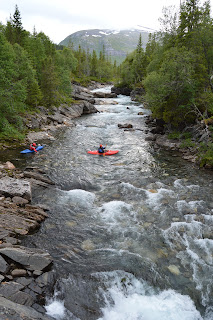 The gauge at Nervoll dropped quite dramatically as we got to the area, but the levels at Vefsna were around 80 cumecs so it was good. We didn´t paddle the most upper section of Vefsna though. There are two good guidebooks from the area, here is a link to the newest: https://vefsna.com/wp-content/uploads/2015/08/elvebeskrivelser-vefsnaregionen-engelsk-margrethe.pdf

There is all the important information, also about the desinfection of your gear!
And here a link to the short video (thanks to Esa) about the trip: https://vimeo.com/278890543.

May be the most important place was Eiteråga, also on a low side but still a fairly "dark" canyon with technical issues. Somehow it sticked and stayed, at least in my  head. Well, and yes, the scenery... 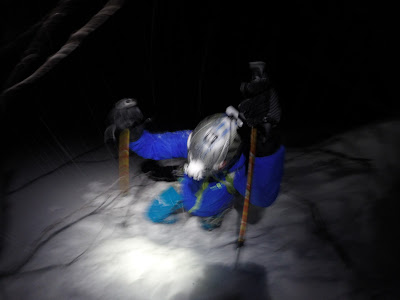 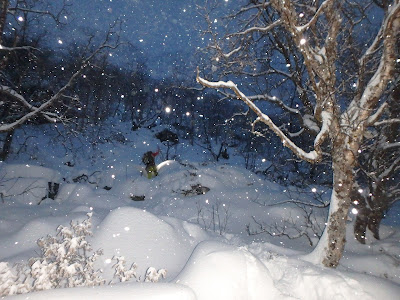 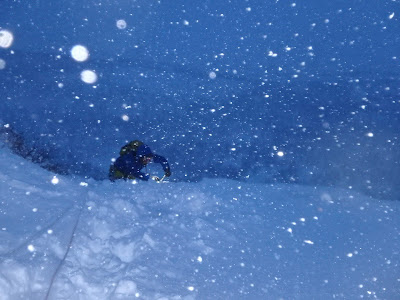 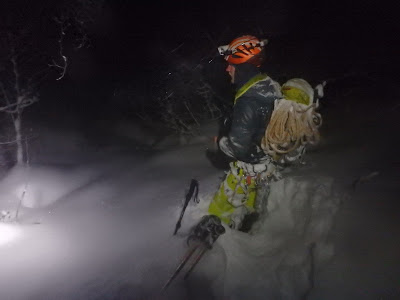 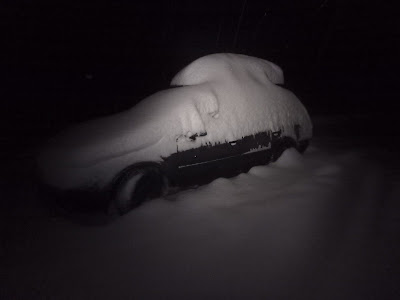 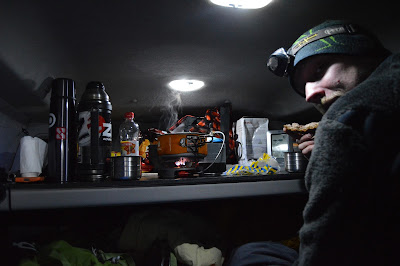 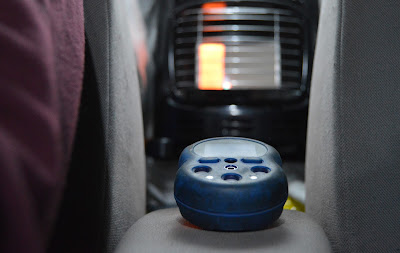 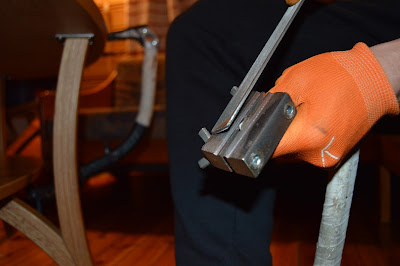 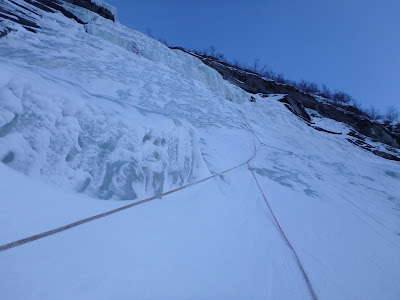 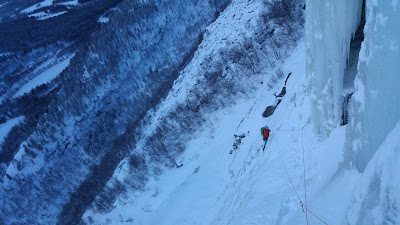 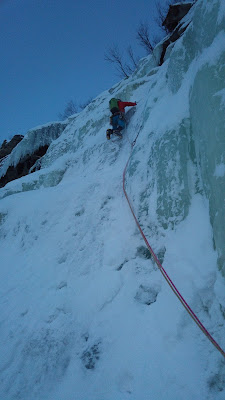 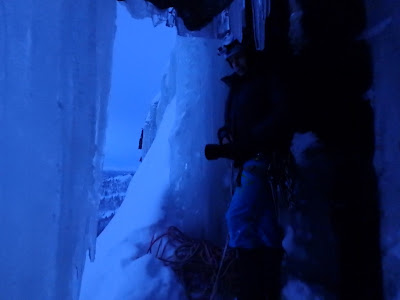 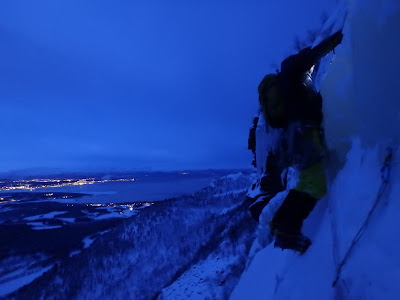 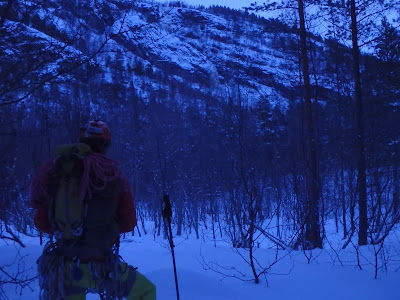 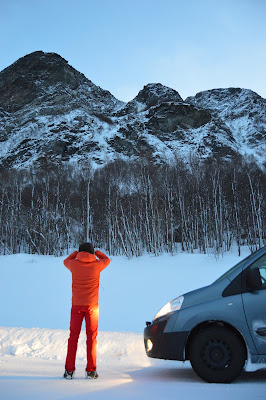 There are times when you have this feeling of wanting to test your abilities in new surroundings. Times when you feel confident that you can get out of the box momentarily, to reach something whole new into your...hobby? Not just hobby, I think, more like to your life as a whole.

With this philosophy in my mind I headed to Åre with Jari and Sanna, where local kayak club Årekanotisterna (Lars Larsson acting as a master of seremonies) held a meeting on 16.-18. of September at Åre Camping for all whitewater fans, covering all classes of whitewater. We took an epic drive of total 17 hours from Finland, but it was totally, totally worth it!

At each morning we were divided into groups where we had signed in beforehand, and on Friday I eagerly wanted to join to Handölan team: I had once seen a part of those beautiful slides and definitely wanted to see if I was up to it! A group of four paddlers, Marcus Junkka as "Vägvisaren", Fred Milne, Håkan Andersson and I packed into cars and off we went to see the delights.

Handölan
Put-in , just carry to the river
Take-out, just remember to take out before the gigantic slide...

A true class five run, short but powerful. Lack of self- confidence? May be just a lack of true class five experiences: I took a bit of carnage at a slide, which wasn`t even close to those hard one`s here.


Made me humble again, an important experience, I guess. I had to abort and have a visit at local Vårdcentral: they did a really good job and made my finger work so I could continue the next days. Fred and Marcus continued firing the whole section, below a few pictures.


Skrjaek
Put-in, the walk-in side  (if you can get the bom open, then from the other side of the river) Luckily we managed to get the bom open.
Take-out, naturally above skrjaekfossen...

On Saturday I didn´t feel confident to enter Forra, which was in a somewhat perfect flow of 13 cumecs, but instead I wanted to test my confidence at a river called Skrjaek, which lies nearby a village called Vuku in Norway. Marcus Junkka again showed how it`s done and with a group of nine kayakers it was a fast trip down. Two portage falls, otherwise class 4-/4, a perfect place to be in a multinational group and have fun! Not so many pictures here, no time to get your camera out ; ) Flow in the river was 20 cumecs, gauge can be seen from here. It has been paddled at 25 cumecs, and I think it can hold a fair amount of water. In the area itself has many more rivers like Inna, Helgåa and Kvarna, being paddled by hardcore swedish kayakers. Definitely a place to visit in the future!


Afterwards there was some barbequing at the festival-area and Lars introduced some real gems at Jämtland-area with pictures and videos. True pioneers these guys are! Oh yeah, and the title for the best carnage, thank you for that ; )

On Sunday I felt like wanting to scout the Ristafallet properly.  Håkan, Marcus Sandqvist, Marcus Thörn and Fred (and Marcus J. as a responsible father to do some photographing this time) went to search possibilities to go down in a good line. Well, Fred had done this already on Friday, and also Marcus S. and Marcus J. had ran it before. Watching the line from the left side rocks it seemed ok. In the end of this clip you can see Fred doing two different lines in this one. Despite the carnage before I felt good about this one, and after careful scouting I personally had an epic experience of sitting in the last eddy. Hard to describe.


What a trip this was, up`n downs, wonderful people around, epic rivers...thank you all fellow kayakers to make this happen! If I wasn´t in love with Åre before, now I most certainly am! And there were rumours around that this kind of an event could be held in the future also, so prepare your calendars. 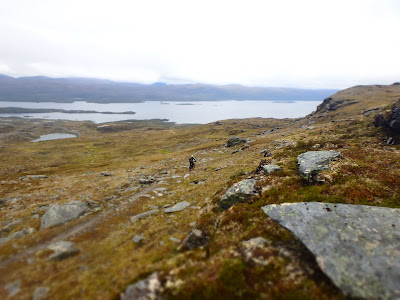 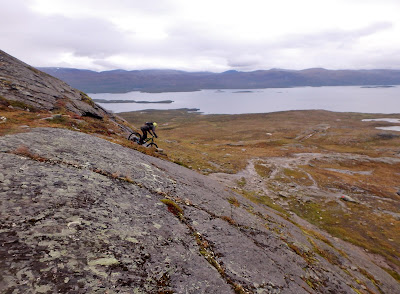 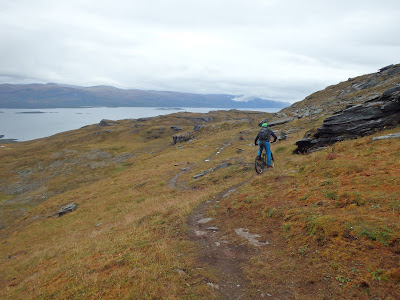 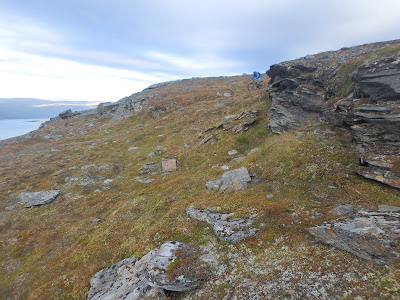 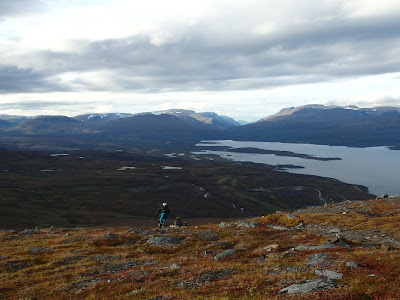 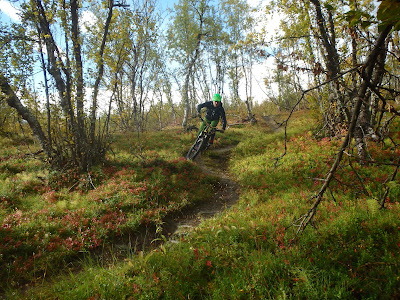 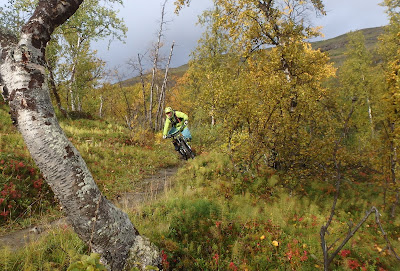 Russian runout
(The Russian flatwater section between the rapids a.k.a. portage and the takeout)

That is what you get when traveling with your kayak in the Altay mountains near the border between Russia and Mongolia. A story worth reading in the Paddler magazine (click the link) pages 60-82. 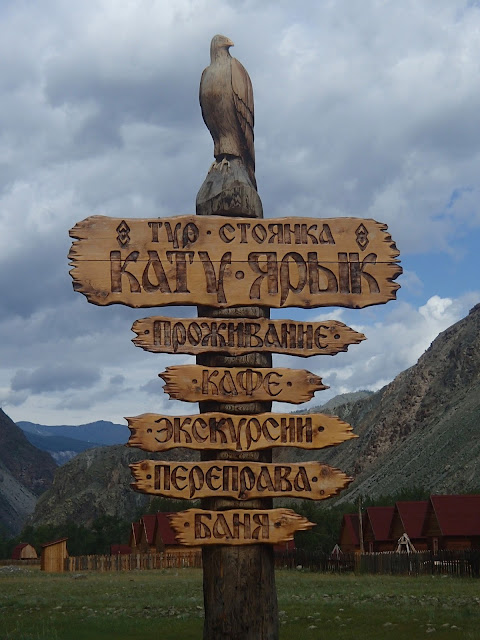 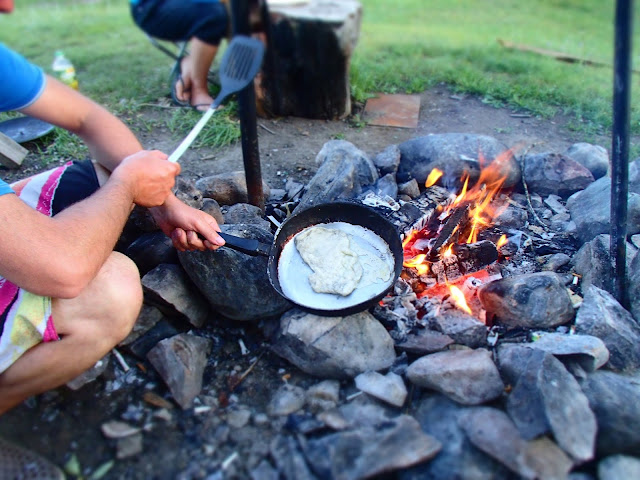 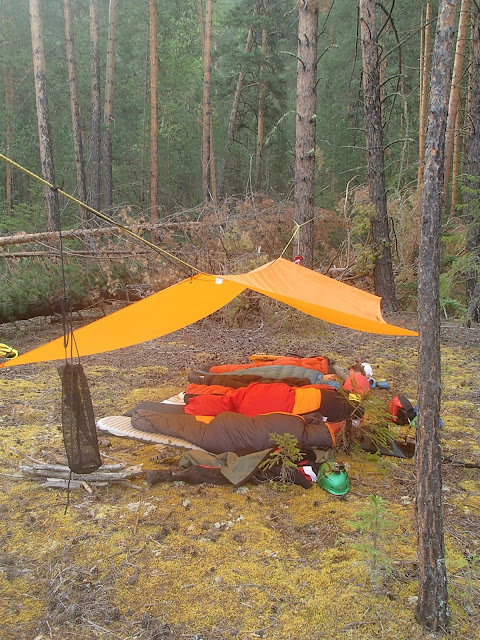 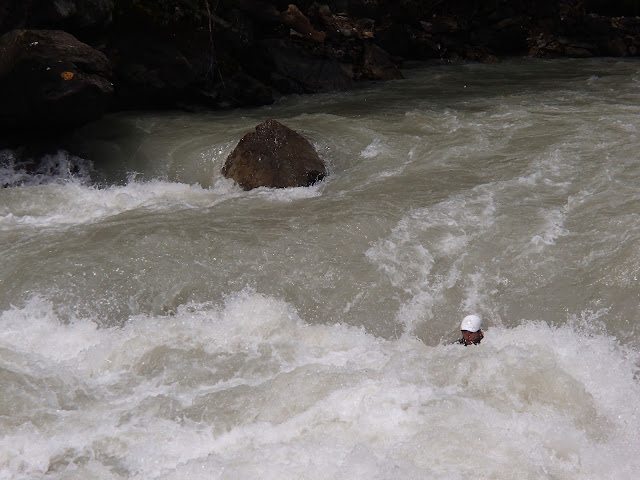 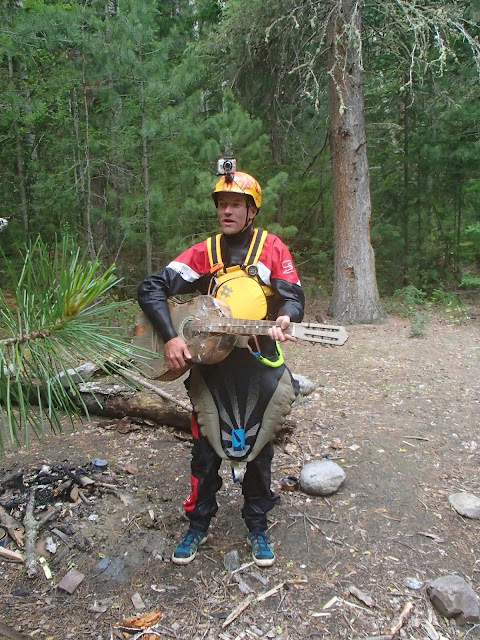